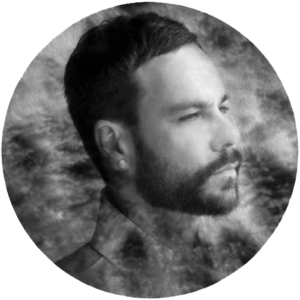 Rio Sierra is a video artist, graphic designer and music producer based in Berlin with more than 15 years of experience

working on fashion, advertising and music. He is the founder of Eclectik.co, an independent music & film production company.

After concluding his studies in sound and light design in Madrid, Rio moved to San Francisco (California) to further develop his music career.

There, he got involved in music production with artists from the Pacific Sound Collective. He also worked as a sound engineer at Vision Guilt Recording Studios 2OO1 – 2OO5.

In 2OO6, he became deeply involved in film and worked together with Eugenio Recuenco and Eric Dover in productions for brands such as Loewe.

since 2O16, he teaches the Fashion Film Masterclass at HTW Berlin – University of Applied Science.

MIKEY WOODBRIDGE –  THE CHINESE BIRDWATCHERS –  IN LOVE WITH FIRE –  ENTOURAGE –